Listen To The Best Current Affairs Story In Hindi

Here is the helpful current affairs story. Most of the UPSC and other competitive exam aspirants look for intriguing content on India and current affairs. These subjects form a very important part of the preparation and the test segment of such competitive exams. So here is the Best current Affairs story which unveils how India from the golden goose in the hands of British rose to become an Independent state and how it struggled its way forward to become a self-sufficient economy by restoring its agriculture and industries and training its manpower to become of value.

This story narrated by Prem Rana revolves around how India is recognised as a Global Teacher (Vishv Guru), but it was a big struggle for India to emerge as global trend setter. From enslaved to british, its industries destroyed at their hands and becoming trade handicapped  to now self-sufficient agrarian economy whose service sector adds  the biggest chunk to its GDP. It also questions the still left behind poor and their increasing number. It also reflects upon the increasing wage gap and rich-poor gap in the country. It also questions the still existing plagues of our Indian society in the form of caste system, female foeticide, gender pay gap, sexism and misogyny. 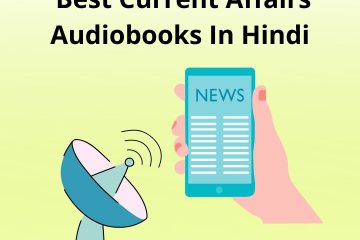 Listen to this audiobook on current affairs. Listening to such audiobooks will help you retain information efficiently. To gain knowledge and information on unknown facts keep your ears open to let knowledge enter from Read more…