Are you one of those who likes to watch flying carpets, magic swords and spells, unreal sci-fi worlds and many more such things? Fantastical creatures, dragons, villains and superheroes are the heart of the fantasy genre. I think most of us love this genre.To take a deep dive into this Imaginary world listen to these Top 6 fantasy stories that are specially made for you. All the fantasy fans need to hear this list.

What if we are all sleeping? Everything that is happening in our life is a lie, a dream. Suppose we are all sleeping in a factory and a child runs that factory? What if you get up in that factory and you know that we all have no God. Rather we are a factory product which is in the hands of a child. What if that child is God? What is the secret of this world’s factory? To know this you must listen to this story till the end. You can listen to the God of OZ story for absolutely free.

In this story you will get a different form of superstition, the story of people who have gone blind in their selfishness. This is the story of a mysterious tree, whoever goes around that tree at night disappears forever. This mysterious tree has vanished many people in the village; On the other hand, a girl has seen a shadow in the city and she is using different tricks to get rid of that. Will the secret of the mysterious tree be uncovered? Will that girl get rid of the shadows? To know, listen to our story “Rahasyamayi Ped”.

A road on which there is an accident every Saturday; After an accident, a person dies at the same time. Everyone is assuming the effect of the shadow of the soul on this road. There is a village near this road in which anyone who goes during the night dies. Are Road Accidents Really Caused by the Soul? Are these two things connected to each other? A group of five friends is involved in solving the road accident puzzle. Will they be able to solve it? To know the answer, this story must be heard till the end. In this story you will get to hear many different forms of superstition, friendship between five friends, enmity and love, and some negligence by the police, which the common man will have to suffer.

Guptchar is a story of patriotism that shows how a patriot keeps his country above his emotions, his relationships, his life, above himself, and by crossing all boundaries of conflict, his patriotism makes him immortal. This struggle begins with an ordinary boy named Kaushal who unknowingly frees a divine force named Bharat from a ruined fortress, but even before Bharata, there are some demonic powers who have conspired to shake the roots of united India with terrorist organizations. How will Bharat and his comrades be able to deal with the double crisis faced by the country due to demonic powers and terrorist hackers? Will Kaushal, Ritvi, Bharat and Professor Chauhan be able to face the evil virus created by Bhedhak and save the secret information of the Secret Agency of India? Will detectives save the dream of unbroken India woven centuries ago? To know, listen to the full story Guptchar in Hindi.

What will you do when you will come to know that your child who has not even been born or is in the womb of the mother possesses supernatural powers? In this horror fantasy story- Shaitani Avataar by Nida Hussain, the story line reflects the same dilemma of a mother. A life is born in her womb but that life sustains supernatural powers. When the child is born, the family members get dreaded and think of killing that child. It is to think that Won’t the mother of the child beseeched to see such happenings? Won’t she try to make her child a human again? It is said that it is dangerous to rear the demon as it can backfire you. Will in this story, the birth of the child will be a curse? Or the love of the mother will change what is written in the fate. To know about the horror story- Shaitani Avatar in Hindi.

In this audiobook you will get to listen to the poetry of Madhushala. Madhushala is a part of Bachchan’s trilogy that includes Madhubala and Madhukalash. We will not only recite the poem but will also talk about the poet’s life, interesting stories, inspirations, experiences around the poem itself, starting from India of 1920, to Cambridge and what not! This episode is an introduction to Madhushala, followed by the first few verses. Each verse is a four-lines poem, aka चार पंक्ति की चतुष्पदी. So what are you waiting for, listen to this poem now.
Categories: AudioBooks and StoriesFantasy Story
Tags: Fantasy storiesHindi Stories 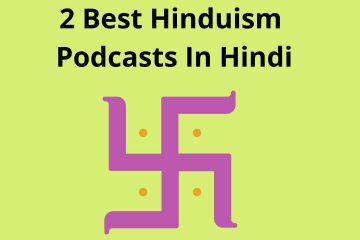 2 Best Hinduism Podcasts To Listen To!

India is a land of religious diversities but the traditional religion of this land is Hinduism and its other branches of belief system. Hinduism is considered as a way of life, which directs a person Read more… 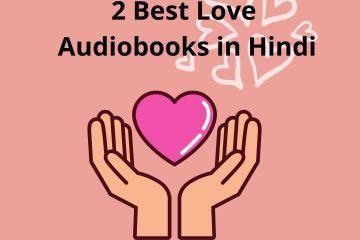 If we talk about love stories then they are incredibly beautiful, emotional and heartwarming. Love audiobooks will tell you about the different feelings and how people react in various situations when they are in love Read more… 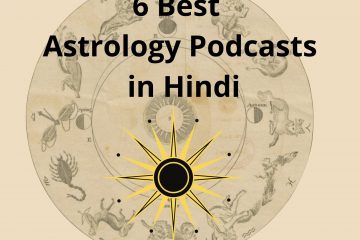 Astrology is known to everyone. There are so many people who believe in Zodiac signs. Especially Hindu astrology not only talks about our future but also tells us a lot about our past mistakes and Read more…