A biography is the story of someone’s life. Biographies not only talk about a person’s achievements but also their struggles. A biography holds all the important events in a person’s life. How his/her struggles influenced their success and life is worth reading. They also have a list of ideologies and tips that these successful people have followed. How they worked towards their desired goals is also mentioned in the biographies. Every person has an idea of life and how he/she tries to make a living and take out gains from these ideas is what a biography is about.              Biography AudioBook

Successful people have left behind their footprints in the sands of time. These footprints are the ideologies and the works they did. These works and achievements had a positive impact on a large number of people. Hence, these people are famous. And their stories often act as motivational stories. We get to know a lot of tips and tricks and ideas about life and how to deal with criticism. It is thus important that if we are working for a goal we must listen to biographies so that we stay motivated.

Biographies have a very positive impact on the audience, they are stories of people like you and me. But the twist comes when normal people do great things. And these great things benefit others. Hence, making these people famous.

These 11 biographies are not just biographies but the story of normal people ho became famous due to their ideologies. Listen to them now.

1. Why I Killed Gandhi in Hindi

Nathuram Godse was Mahatma Gandhi’s killer. Even though he was hated by so many people around the nation. He is still known for his ideologies and the reasons why he killed Gandhi. Listen to this biography audiobook in Hindi

2. Maybe You Should Talk To Someone in Hindi

Steve Jobs is was the co-founder of Apple. His ideas on how to run a business are still followed by so many people. He left behind an impactful legacy. To know more about his ideologies listen to this audiobook in Hindi.

She was the first woman Prime Minister of India and was also the most powerful one. In her entire life span, she took a lot of decisions that were both criticized and appreciated all around the world. To know more about her inspiring story listen to this audiobook in Hindi.

Subhash Chandra Bose was a freedom fighter for the freedom struggle. He formed his own army, known as the Indian National Army that fought against the British. His firm ideas and zeal were appreciated by so many world leaders. Listen to his inspiring story in this audiobook in Hindi.

Swami Vivekanand was not just a normal saint. He was a reformer and a great orator. He still continues to influence the youth of the country in so many ways. Listen to his inspiring story in this Hindi audiobook.

Michelle Obama is the wife of Barak Obama, the former President of India. In her novel, becoming she talks about her life as a normal girl to becoming the first lady of America. Listen to the audiobook in Hindi to know about Michelle Obama.

Listen to this audiobook in Hindi to know about Dr. Keshavrao Hedgevar.

Samrat Ashok was the ruler of Bharatvarsh. The grandson of Chandragupta Maurya, he was a cruel ruler at first but then changed his ideas after the Battle of Kalinga. He became a Buddhist and started doing charity. To know more about Samrat Ashok listen to this informative yet inspiring audiobook in Hindi.

10. A Curious Mind in Hindi

A curious mind is an inspiring and amazing biography audioBook everyone must listen to. Listen to this audiobook in Hindi.

Dr. APJ Abdul Kalam was the former President of India and also a great scientist. He was responsible for the launch of so many missiles and satellites. He led to so many successful missions. His ideas about life were really inspiring. He is still a mentor for the youth of the country. Listen to his biography Wings of Fire in Hindi.

Love is difficult to define, difficult to measure, and difficult to understand. Love is what great writers write about, great singers sing about, and great philosophers ponder. Love is a powerful emotion, for which there Read more… 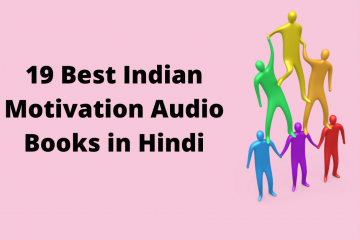 Motivation is very important for the overall development of the personality and mind of the people. It also puts a person in action and in a competitive state. Furthermore, it improves efficiency and desire to Read more… 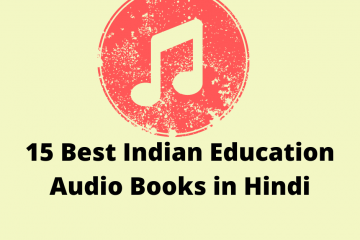 Education is important for each and every child in the country. Some of us are privileged to receive it. But the constant pressure of excelling in every subject is there. It is like a sword Read more…